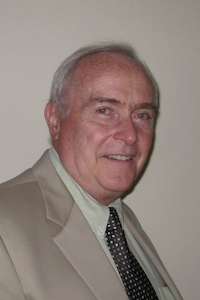 An arrest can be stressful. Many people are rightly concerned about their interactions with the police and the criminal justice system. If you are arrested in upstate New York for a traffic violation, such as speeding, or for a DWI, and you want a finding of not guilty, you will need prompt intervention by a skillful attorney. James F. Hughes has 50 years of experience in traffic, DWI, and criminal cases, including 20 years with the New York State Police and seven years as a City Court Judge in Mechanicville. As a Saratoga criminal lawyer, he understands the emotions that you may be feeling, and he can minimize or eliminate the negative impact that an arrest can have on the rest of your life.

Mr. Hughes is a former zone sergeant with the New York State Police who understands how a police officer thinks when making an initial stop or an arrest. He can vigorously defend a motorist who has been arrested for a traffic violation or for driving while intoxicated. Mr. Hughes has two offices in upstate New York. He is highly respected and trusted by the legal community and understands the workings of all of the local courts.

Mr. Hughes is also a former Mechanicville City Court Judge. He is deeply familiar with every aspect of the judicial process, from arraignment to sentencing. He understands both plea bargaining and taking a criminal case to trial. Mr. Hughes always treats clients with dignity and respect. You can be confident that you will be in good hands if you hire Mr. Hughes to defend you.

You can receive a traffic ticket for speeding, reckless driving, driving with a suspended license, or other traffic violations. There is usually a minimum and maximum fine for a traffic violation. The court has discretion when setting the fine within the statutory range. A criminal attorney in the Saratoga area can help a driver try to avoid a fine or urge the judge to issue a lenient fine.

Once a traffic ticket is issued, you will likely appear in court for the first time. You can plead guilty or not guilty by completing a waiver on the traffic ticket. If you plead guilty, you have waived an attorney and trial, but this is generally not wise unless the charge is very minor and straightforward. When you plead guilty by mail, a fine and surcharge will be assessed, and if you do not pay them, your driver’s license can be suspended. A trial will be scheduled if you plead not guilty. Mr. Hughes is an experienced traffic attorney and former New York State Trooper who spent many years patrolling roads and highways in upstate New York. His background and firsthand knowledge of how police officers think, as well as his years as a City Court judge, provide him with a unique advantage in fighting traffic tickets.

Driving with a Suspended License

One of the most common traffic violations that our Saratoga criminal attorney handles involves driving with a suspended license. In New York, driving with a suspended license is called aggravated unlicensed operation. First-degree aggravated unlicensed operation is the most serious form of this offense. It can be charged if you operate a motor vehicle under the influence of alcohol or drugs while having a prior second-degree aggravated unlicensed operation offense. It also can be charged if you committed this offense while 10 or more suspensions had been imposed on 10 different dates for failure to appear, pay a fine, or answer. It also can be charged if you perpetrated the offense while your license was permanently revoked due to three DWI convictions, two DWI convictions resulting in death or serious injury, or three refusals to take a chemical test. First-degree AUO is a felony, for which you can be fined $1,000-$5,000 and for which you can spend up to four years in prison.

You can be charged with driving while intoxicated (DWI) if you drive with a blood alcohol content of .08% or greater, irrespective of whether your driving ability was truly impaired, or if you operate a vehicle while impaired by alcohol to a substantial extent. You can be charged with driving while ability impaired (DWAI), which is a less serious charge, if your capacity to operate a vehicle as a prudent, reasonable driver has been adversely affected because you consumed alcohol, drugs, or a combination of the two.

A DWI conviction can result in serious penalties. As a former police officer, Mr. Hughes has been trained in the use of Breathalyzer and radar equipment, and he has administered field sobriety tests. His keen awareness of how police officers think and work helps him defend his clients as a Saratoga criminal lawyer. There are both criminal and administrative penalties for a DWI, and these vary depending on your blood alcohol content (BAC) and the extent of your impairment. If your BAC is at least 0.18%, you can be charged with an aggravated DWI. Other factors that can affect the penalties imposed include whether there were injuries, whether a minor was present, and whether the operation of a commercial vehicle was at issue.

Crimes can be divided into misdemeanors and felonies. All crimes need to be proven beyond a reasonable doubt, which is a tough burden. Even so, you should consult an experienced attorney about your situation because prosecutors usually do not bring charges unless they have built a reasonably plausible case. Usually, the first appearance before a judge is the arraignment. At the arraignment, if you ask for the assistance of an attorney, the court is supposed to stop the arraignment process so that you can contact an attorney. The prosecution and the defense usually negotiate to figure out whether the matter can be resolved through a plea bargain rather than a trial. Not every case should be resolved by a plea bargain, and you should hire an attorney who is ready to go to trial if needed.

Consult an Experienced Criminal Lawyer in the Saratoga Area

Whether you are charged with a traffic violation, a DWI, or another felony or misdemeanor, you should consult experienced attorney James F. Hughes. He represents people throughout upstate New York, including Albany, Saratoga, Schenectady, Rensselaer, Warren and Washington Counties. Call us at (518) 371-1299 or toll-free at (888) 371-1299, or use our online form to set up a free consultation.