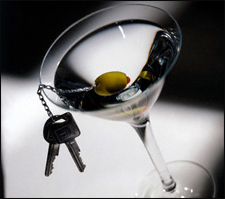 Unlike many jurisdictions, operating a motor vehicle after consumption of alcoholic beverages is classified as Driving While Intoxicated (DWI) and not Driving While Under the Influence (DUI). New York has several classifications of DWI, and depending on the blood alcohol content (BAC), evidence of prior convictions and other considerations, may be treated differently by the police, prosecution and the courts.

The following sections of the New York State Vehicle and Traffic Law pertain to operating a motor vehicle while intoxicated.

Referred to as common law DWI. There is no need to have an exact BAC to prosecute this section. This section is used to prosecute when the police and the prosecution have been unable to obtain an alcohol test, either through driver incapacity (injury) or refusal to take the test. Refusal will open the motorist to certain administrative sanctions which I will discuss later. (Misdemeanor, and in some cases can be a felony.)

Obviously, since the violation requires the prosecution to prove that the motorist operated a motor vehicle with a certain BAC, a chemical test is required. NOTE: The inability of the prosecution to have a chemical test does not get the operator off the hook. They can still be prosecuted under section 1192-3, based on the usual physical manifestations of intoxication. (Misdemeanor, and in some cases can be a felony.)

Used to prosecute the motorist when a chemical test which came back without alcohol indicated, and the officer establishes that the ability to operate a motor vehicle is impaired due to consumption of drugs. A chemical test for drugs is authorized. If the test is refused the prosecutor still has 1192-3 to fall back on, as well as DMV sanctions for refusal to submit to the test. (Misdemeanor, and in some cases can be a felony.)

Operating of a motor vehicle while having a BAC of .18 or higher. This is a new section with enhanced penalties and plea bargain restrictions. (Misdemeanor, and in some cases can be a felony).

A lesser included offense to DWI. Operating a motor vehicle with a BAC .05 to but not including .08. This is a traffic infraction with a lesser license sanction and fine and is the preferred plea bargain for DWI. Under the law a DWI violation can not be reduced outside of the DWI chapter unless the prosecutor will state the reason on the record.