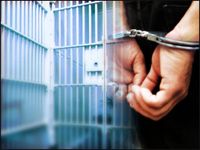 There are seven classifications of felony offenses.  All are punishable by a period of incarceration in state prison for a period in excess of one year.  The actual length of incarceration is strictly controlled by statute, and ranges from one year to life.

Felony crimes are usually commenced in one of the following ways:Administrative Phase:   After the arrest is made, on a summary or arrest warrant, the process moves to the administrative phase (booking) and judicial phase (arraignment).

Once the accused has been placed under arrest either under the authority of an arrest warrant or in a summary arrest situation, the officer will transport the accused to the police station where the accused will be processed.  The accused will be advised of their right to an attorney (either retained or appointed) and advised of their right against self-incrimination.   If the accused knowingly waives their rights, they will probably be questioned and asked to give a written statement.  Increasingly the booking process is being audio or video recorded. This recording process is extremely important to confirm whether the investigation was properly or improperly conducted.  Once the accused requests counsel, the investigative process ends, but the administrative process continues.

An Accused Pedigree is the identification of personal factual information.  Even in the absence of an attorney, the officer will still question the accused as to his name. date of birth, address, etc.  The accused will also be photographed and fingerprinted.  The accused is required to provide this basic information, and any refusal will probably be considered by the police and the court in making the release/detention decision at the arraignment.  This information will eventually be obtained so there is little benefit in refusing.
Release/detention Decision:   The police officer has little authority to release an defendant accused with the commission of a felony, without having them arraigned.  There is some authority in the case of a class “E” felony for the accused to be released on a desk appearance ticket for a future appearance in court.  All other felonies require the officer to bring the accused before a judge, (usually a Local Criminal Court judge) without unnecessary delay to be arraigned.

Most cities have a holding facility (jail) to temporarily hold the accused until the city court is next in session.  Except in matters of the most serious felonies, the city court will convene every day, even on weekends and holidays, to hold arraignments.  Serious felonies and felonies occurring in more rural areas will usually result in a judge being called into court immediately to arraign the accused. Middle of the night arraignments are not uncommon. Preliminary Hearing:    Testimony and exhibits are presented to the local criminal court to establish if there is probable cause to believe that a felony has been committed, and that the defendant committed it, and if the defendant should be held over for the action of the grand jury.

If the people fail to establish probable cause, the local criminal court judge has the authority to dismiss the felony complaint and discharge the accused.  This can be a hollow victory since the prosecution is still able to present the same facts to a grand jury and seek an indictment, even though a Local Criminal Court judge has dismissed the felony complaint.  This would seem to make holding a preliminary hearing a waste of time, however a skilled defense attorney can use the testimony at the preliminary hearing in negotiating a plea bargain on the felony if an indictment is returned of at a trial before the superior court judge.

The practical effect of a preliminary hearing is also controlled by whether or not the accused has been incarcerated after the arraignment, either with or without bail.  In instances where the accused is incarcerated, the Local Criminal Court must hold a preliminary hearing within 120 hours (5 days) or, 146 hours (6 days) if a Saturday, Sunday or Holiday occurs during confinement.  If the hearing is not held within the statutory time, the defendant must be released from confinement on recognizance.  The time for holding the hearing may be waived by the defense counsel if the defendant is being held on a parole violation, is being held on bail on other charges, or if an indictment has been returned.

Variable Factors Controlling Length of Incarceration
Sentence bargaining can save the defendant significant time of incarceration.  Note:   The variety of possible enhanced penalties is so extensive, the advice of a competent attorney is critical.