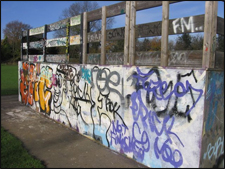 Fortunately, the majority of violations of law fall into the following categories:

Misdemeanors are classified as crimes, but considered less serious in nature than felonies.  The maximum penalty is a fine of up to $1000 and/or one year in the county jail.  The accused is entitled to a wide range of post-arraignment/pre-trial hearings in Local Criminal Court when the top count of the accusatory instrument alleges the commission of a misdemeanor.  There are three levels of misdemeanors tried in Local Criminal Court and are usually classified based on the level of possible punishment after a conviction.
Petty offenses are not classified as criminal offenses and are quasi-criminal violations.  They include violations, which are minor offenses of the Penal Law,  and offenses such as disorderly conduct, harassment, etc.  The maximum penalty is a fine of up to $250 and up to 15 days in the county jail.
Summary arrest (arrest without a warrant):   Even though an arrest warrant can be issued by a Judge (usually a Local Criminal Court Judge) in misdemeanor or violation matters, it is most common for a Summary Arrest to occur.  A judge may also issue a Criminal Summons for misdemeanor and violation matters, however, this method of securing the defendant's appearance in court is entirely discretionary on the judge.
If the offense occurred outside the officer's presence, the results of the investigation, including statements of witnesses, etc. must be presented to a magistrate (usually an Local Criminal Court judge) along with an accusatory instrument.  The magistrate reviews the documents and decides whether they will issue a warrant, a criminal summons, or refuse to honor the complaint.
Desk appearance ticket is a document served on the accused indicating that a criminal action has or will be commenced in a court, and directing the accused to appear in a designated court at a future time.  It is frequently used in traffic infractions and non-criminal actions; less frequently in misdemeanor matters and seldom in felony matters.

Most violations of the Vehicle and Traffic law are petty offenses, and a police officer is only authorized to file charges on petty offenses actually committed in the officer's presence.  There are two exceptions to this general rule specified in the Vehicle and Traffic Law.  They are driving while ability impaired by alcohol (1192-1 – traffic infraction) and leaving the scene of a property damage accident.

Procedure after apprehension:  In the case of most misdemeanor or petty offense arrests, including traffic infractions, the officer will usually take information from the violator, issue an appearance ticket (traffic ticket) and allow the accused to go on their way to appear in court at a later date.

All misdemeanor violations under the Penal Law,  and DWI under the Vehicle and Traffic Law, require post après processing.  This processing usually takes place at the police station and includes fingerprinting, photographing of the accused, and completing an arrest report information required by the officer's agency.  Frequently, after this procedure is completed, the accused will be released for a future court date.

Domestic violence situations:  Present social policy encourages, and in some cases, requires an arrest in a domestic violence situation.  The definition of domestic violence has been frequently expanded to include virtually any close relationship, not necessarily intimate, between members of the same family unit.  When a criminal activity occurs between the members of the same family unit, a completely new set of administrative procedures takes effect.  These include:
Order of Protection:  One of the most serious documents which may be issued by a court is an Order of Protection, sometimes incorrectly referred to as a Restraining Order.  These orders are frequently issued in matters where the criminal conduct includes some illegal personal conduct or threats of illegal personal conduct between the victim and the perpetrator.  Orders of Protection can greatly restrict any future personal contact between the parties. They can order one party out of the family residence, and restrict contact by personal or electronic communication between the parties.  A violation of the Order of Protection by itself constitutes the crime of criminal contempt (a misdemeanor or in some cases a felony).  It goes without saying that most judges react unfavorably to violations of their orders.

The accused is entitled to certain hearings as a part of or shortly after the arraignment.  The availability and conducting of these hearings is strictly governed by statute and case law.  A Local Criminal Court may NOT conduct suppression hearings in felony matters except for a preliminary hearing which will be discussed later.

Jury trial:  The accused is entitled to a jury trial for any violation for a misdemeanor since they are crimes.  The accused is also entitled to seek the service of a appointed attorney (public defender) if they meet the economic requirements.  It should be noted that a conviction of ANY level of misdemeanor will create a criminal record for the accused, and must be reported on future job applications, etc.   The results of these hearings can have a profound effect on the outcome of the subsequent trial and, as such, the assistance of a competent attorney is virtually indispensable.

MY EXPERIENCE IS YOUR BEST DEFENSE.