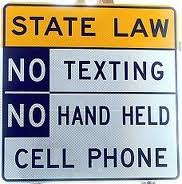 In New York State improper cell phone use and texting while driving now carries five DMV points. This is an increase of two points, and applies to violations occurring on or after June 1, 2013.

Figures released by the National Safety Council shows that in 2011, over 3,300 people were killed, and crash risk increased 23 times due to distraction while driving. Distracted driving occurs when drivers use portable electronic devices such as cell phones to talk, text or send e-mail messages. If you were to sit at a traffic light for a short period you could count an alarming number of motorists who intentionally violate the cell phone/texting law.

What does this mean to you? The New York State Motor Vehicle point assessment chart shows that improper cell phone use and texting while driving carries the same five points as reckless driving, and passing a stopped school bus. In comparison, speeding 21-30 miles over the posted limit is six points. These are all classified as serious driving offenses by the DMV. The emphasis on a point assessment increase could be interpreted as a reassessment of the seriousness of these violations. You will definitely receive special attention from insurance carriers, who may use a motorist’s driving record to establish their premiums.

Legislation imposes prompt and strict action against the license or learner permits of young or new drivers. The law provides for a 60-day suspension for a first offense conviction, and in the case of a second offense within six months would result in the revocation of a probationary license for six months and a learner permit for at least 60 days. This is in addition to the fine and the five-point assessment. 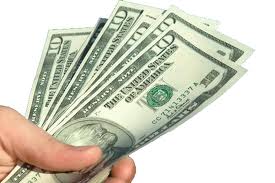 The motorist who receives a ticket for texting while driving can expect little prosecutorial or judicial sympathy. Prosecutors will be more reluctant to recommend a plea bargain for a cell phone or texting violation, and judges will be less willing to approve a plea bargain request for such violations in light of the increased point assessment. I recently was in court when a motorist complained that the fine for a cell phone violation was set higher than moving violations. The judge commented that, “Unlike some violations which are sometimes inadvertent, when you picked up that cell phone, you knew exactly what you were doing.”

My twenty year background as a New York State Trooper has given me a unique insight and understanding of the vehicle and traffic law. As a traffic ticket defense attorney who has been successfully defending motorists in upstate New York since 1987, I am very familiar with all the local courts and their prosecutors. Protocol can vary greatly from county to county and court to court. I know who to talk to, and what to say. I can assist you in minimizing the consequences for cell phone violations, including texting while driving. Call me for a free assessment of your case. My experience is your best defense.