Home
Practice Areas
DWI / DRUNK DRIVING DEFENSE
So You Got Arrested – What’s Next?

So You Got Arrested – What’s Next?

Once the police officer makes the decision to place the motorist under arrest for DWI, they have several responsibilities and options based on the law, department policy, their judgment and the facts and circumstances of the particular incident.  The law requires the officer to take action to protect the person and property of the accused. An example would be securing the vehicle (usually by towing), advising the accused motorist of their rights, and the charges against them. 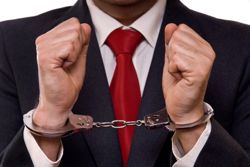 The officer will take you into physical custody and transport you back to the police station, process you, finger print you, administer a chemical test, usually breath, however blood is also a frequently used option. It is quite unusual for urine or saliva tests to be administered. Finally the officer must make a release decision.

The release decision is governed by many different factors including:

The underlying principle affecting the release or detention of the accused is the probability of their reappearance before the court at a later date for arraignment on the charge.  Departmental and prosecutorial policy may require detention for other reasons.

The law requires bail to be set for serious DWI violations (D-felony) and any felony level criminal violations resulting from the DWI. Some examples are criminally negligent homicide, vehicular assault and vehicular manslaughter, manslaughter, and aggravated unlicensed operator.  Except for the above, the ultimate release decision is discretionary on the officer taking into account the probability of the accused to reappear in court for arraignment.

Generally this probability will be adversely affected if the accused lives a great distance from the location of the violation, especially out of state, or the unavailability of a sober adult person to take the responsibility for the accused, as well as an uncooperative accused. The lack of cooperation is a very subjective assessment but the police will usually construe a combative attitude as a indication that the accused may not appear for arraignment.

If the officer is satisfied that the accused will appear in court when required and there is a suitable adult, they are free to release the accused on a desk appearance (traffic) ticket.

What happens if the police decide NOT to release the accused from custody?   Most cities have temporary detention facilities in which accused may be detained pending a court appearance. City court judges usually have morning arraignments on weekends and holidays. The arraignment process will be discussed later.

Courts in rural areas are presided over by a Town or Village Justice (previously Justice of the Peace) These officials are frequently non attorneys. Since there is no provision for temporary detention in these rural areas, these judges are frequently called at odd hours to conduct immediate arraignments. This judge will make a release decision and it is not unusual for bail to be set. If the accused is unable to post bail, the judge will commit the accused to the county jail until bail can be paid or the accused appears in court.